I received this book for free from TLC Book Tours for review consideration, opinions expressed are 100% my own. This post contains affiliate links as indicated by an asterisk. Purchases from these links provides a small commission to me at no extra cost to you.

“A sweeping debut, crossing from China to Hawaii, that follows three generations of a wealthy dynasty whose rise and decline is riddled with secrets and tragic love—from a young, powerful new voice in fiction.

Frank Leong, a prominent shipping industrialist and head of the celebrated Leong family, brings his loved ones from China to Hawaii at the turn of the twentieth century, abandoning his interests at the port of Tsingtao when the Japanese invade. But something ancient follows the Leongs to the islands, haunting them—the parable of the red string of fate. According to Chinese legend, the red string binds one to her intended beloved, but also punishes for mistakes in love, twisting any misstep into a destructive knot that passes down through generations.

When Frank Leong is murdered on Oahu, his family is thrown into a perilous downward spiral. Left to rebuild in their patriarch’s shadow, the surviving Leongs attempt a new, ordinary life, vowing to bury their gilded past. Still, the island continues to whisper—fragmented pieces of truth and chatter—until a letter arrives two decades later, carrying a confession that shatters the family even further.

Now the Leongs’ survival rests with young Theresa, Frank’s only grandchild. Eighteen and pregnant, Theresa holds the answers to her family’s mysteries and is left to carry the burden of their mistakes. On the day of her father’s funeral, as the Leongs gather to mourn the loss of their firstborn son, Theresa must decide what stories to tell, with whom to side, and which knots will endure for another generation.

Told through the eyes of the Leongs’ secret-keeping daughters and wives—and spanning the Boxer Rebellion, Pearl Harbor, and 1960s Hawaii—Diamond Head is an exploration of whether there’s such a thing as a legacy of the heart. Passionate and devastating, it is a story filled with love, lies, loss, and—most astounding of all—hope.”

Talk about a family drama, Diamond Head is it! On the outside the wealthy Leong family is like the First Family of Diamond Head, Hawaii. Owners of a thriving shipping business, father Frank is shrewd but down-to-earth while his philanthropic wife, Lin, raises money and devotes her time to improve education in the area. Their two sons are as different as night and day but they are close with their parents. Though their name is well known, the Leongs lead private lives, secluding themselves in their magnificent mansion. The Leongs are picture perfect, but are any of them truly happy?

Like all things that appear perfect, we learn that each of the Leongs is deeply flawed and harboring some kind of secret. Each one has an impossible battle to face. Expectations of a firstborn son. A pregnant teen under judgmental eyes. A widow fighting for survival after the loss of her husband. Told in alternating voices, each of the Leong women has the chance to tell their story, from the pain of their pasts and how it leads them to come together for Teresa’s dad’s funeral. Initially, a little confusing when the narrators and past/present kept switching, I started taking notes to make sure I didn’t miss anything. My book journal was pleased with the attention.

What I found unique about this book was the Chinese folklore weaved throughout. The belief that everyone has a red string tying them to the person they are destined to be with. Some keep their strings in tact, their love pure while those who try and go against their destiny get knots in their strings and must suffer the consequences for generations to come. How on earth does a couple decide to get married when they have the pressures of family honor and the destiny for themselves and their children and grandchildren to consider? Is the red string choking the young woman on the cover?

I loved Cecily Wong’s writing. I found myself rereading sentences just to recapture the beauty of the landscape and commit to memory the words of wisdom about life, love and destiny. Raw emotion, from young infatuating love, to heartbreak and regret, these characters’ hearts are spilled across the page as their truths are revealed. A mesmerizing debut novel, I look forward to reading more from Cecily Wong.

I highly recommend Diamond Head if you enjoy family drama, a bit of mystery and an exotic landscape.

Thanks to TLC Book Tours for allowing me to read and provide my honest opinion of this incredible book.

* From Canton, Ganghzhou, China known as The Silk Road on the Sea to Diamond Head, Hawaii for the Travel the World in Books Reading Challenge
* Author Cecily Wong is Chinese-American satisfies the Diversity in Reading Challenge.

Be sure to check out the Diamond Head blog tour schedule for other bloggers’ reviews.

Do you believe in soul mates or destiny?

Cecily Wong is Chinese-Hawaiian. She was born on Oahu and raised in Oregon. Diamond Head grew from family stories told to her by her parents and grandparents. Wong graduated from Barnard College, where the first pages of this novel won the Peter S. Prescott Prize for Prose Writing. She lives in New York City.

I am joining The Broke and the Bookish for today’s Top Ten Books to Reread. The books I want to reread are mostly my all-time favorite books or those that I tried to read as a kid and either didn’t finish or I don’t remember it. Many of the classics have made it to my…

Synopsis from Goodreads: “Baby Rocket” is the name of a child who, in 1966, was abandoned by her suicidal mother and later found by a policeman in the seat of a children’s rocket ride on Cape Canaveral. The novel is the story of this child’s (Clementine Dance) adulthood discovery of an abandonment she does not…

Blurb: 5* – I Loved it! Could a “good mother” ever abandon her baby? The Promise Between Us by Barbara Claypole White explores this question and gives profound, real and raw insight into the world of harm OCD and how it effects the patients and loved ones. Synopsis: Metal artist Katie Mack is living a…

General Event Info What our readathon is all about: Explore countries other than the one you live in. Read as much as you can of books set in a different country or by an author from a different country. Read for your own pleasure or learning, read with your kids or both. Travel the world…

Blurb: 5* – I Loved it! The Stolen Marriage is classic Diane Chamberlain, a historical fiction set in 1940’s North Carolina during the Miracle in Hickory, she explores segregation and racial and gender discrimination in the South with characters you love, characters you despise and good people in impossible situations. An unputdownable historical fiction, great… 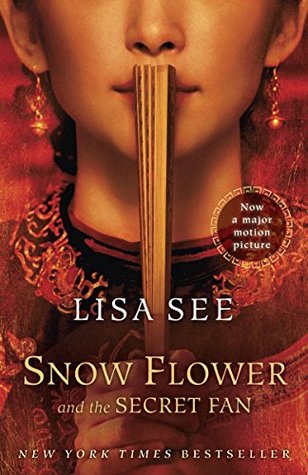 Addicted to planners, productivity, books and coffee. Wife and work at home soccer mom of 3 boys and CEO (Chief Encouragement Officer) of our family and this blog. I want to help you overcome your biggest obstacles. Together, we can make our dream lives possible! Read more about me here

How to Bullet Journal in a Passion Planner: the Perfect Planning Solution

Baby, It's Cold Outside! Get Cozy with the Books on Our Ultimate Winter Reading List